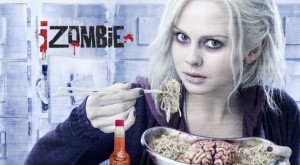 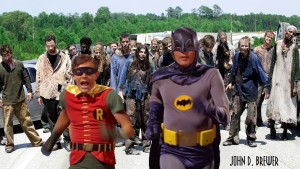 Will Batman & Robin escape the Zombie Horde?!?
Tune in next week to find out….
Same Bat-Time,
Same Bat-Channel!

The grand finale of Zombie Awareness Month! For our last foray into the realm of the reanimated, I Zombified the cast of Star Trek: The Next Generation.

Which one chills your blood the most? Let me know in the comments! I hope you’ve enjoyed your stay on the spookier side of Second Geekhood!

Welcome to Zombie Awareness Month, part 2! This time, I Zombified the cast of Star Trek: The Original Series.

Once again, leave a comment to let me know which one scares you the most! One more installment to come later in the week, so don’t change that channel, minions of the night!

In honor of Zombie Awareness Month, I’ve dusted off some of my older
edits. In this installment, I Zombified all of the Doctors from Doctor Who,
with a special appearance from John Barrowman to round out the image.

Let me know which one scares you the most in the comments!
I have two more coming later in the week, so stay tuned!