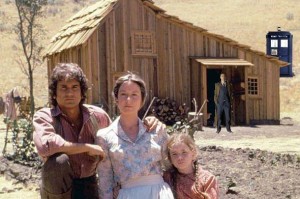 Bloopers  from Star Trek: The Next Generation, Deep Space Nine, and Voyager.